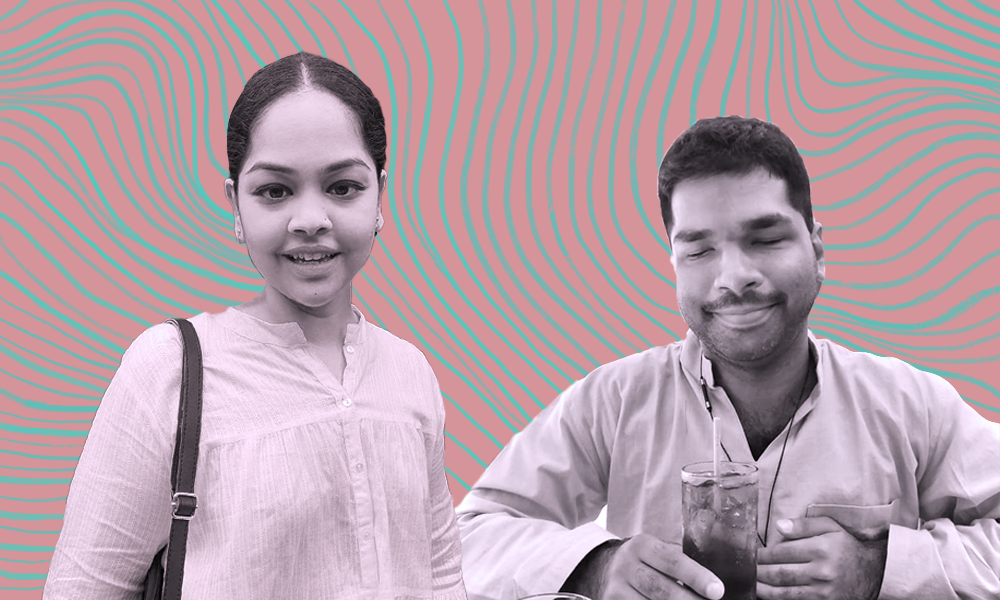 For some millennials, an end-of-life plan gives them the opportunity to celebrate their uniqueness. Photos courtesy: Preksha Malu and Tony Kurian

With a pandemic in full swing, death has been at the forefront of our minds and there seems to be no escape from discussions around it. Under normal circumstances, such conversations would be termed morbid or dismissed, but now it has seeped into our everyday reality. Everyone knows they are going to die someday, how many of us are prepared for it? While estate planning, writing wills, and choosing burial spots might seem like tasks reserved for the elderly, more young people are now taking the steps to create an ‘end-of-life’ plan that better represents their lives. Liz Eddy, co-founder and CEO of Lantern, a service that helps people plan for death, told Re:Set that nearly 54% of their users are under the age of 34. She believes that the younger generation is far more open to talking about it with their friends and family and are turning to products like hers that make a complicated and difficult process accessible and convenient to navigate.

For Kurian, pledging to donate his body to science is his way of giving back to the field that has helped him. Photo courtesy: Tony Kurian

For 31-year-old Tony Kurian, his end-of-life plan includes donating his organs if they can be harvested, otherwise giving the cadaver to medical science. The Mumbai-based doctoral candidate told Re:Set that he was motivated to choose this route after reading about the shortage of cadavers faced by medical students. As a visually impaired person, Kurian feels strongly about contributing to the advancement of science and his donation “is a kind of gratitude to science for making my life as a person with disability far more convenient.” He added that while he is in the process of undertaking the necessary paperwork for this, he also hopes to nudge his family towards accepting his plan. Kurian’s family is Christian, while he identifies as an atheist and has strongly decided against having any religious ceremonies performed after his death. “This pandemic has reminded me [of] the need to have this conversation sooner,” he said.

“This was a way of coping with the fact that death is not just a remote possibility, but could very well be closer than that.”

Lantern has seen a 60% increase in interest from prospective clients in the last two months due to COVID-19, Eddy said. “People are facing mortality in a new way and an end of life plan…is the only source of control on that reality,” she remarked. From her experience, Eddy observed that there can be several triggers for someone choosing to create a roadmap of what the end of their life should look like, this can include a pandemic for one, starting a business, getting married or even having a child.

For Kavya (last name withheld upon request), that trigger came in the form of an undisclosed chronic illness diagnosis. At the age of 18, she began putting together a list of ways loved ones could mark her passing. “This was a way of coping with the fact that death is not just a remote possibility, but could very well be closer than that,” the 26-year-old Mumbai-based copywriter said, adding that it began as an impromptu activity with her friends. Kavya’s plan also includes a list of songs to play at her memorial and an epitaph that is to be written on the tombstone. She would like to be buried next to the rose apple tree that she’s planted near her house and her best friend has been entrusted with the responsibility of executing her wishes.

Eddy commented that funerals and memorials are transforming with the times and becoming less traditional. She noted that younger people, who are less connected to religion, are more inclined to choose cheaper alternatives and customized services that they can put their personal stamp on. From beach and backyard memorial services, to wakes with the deceased’s favourite food and music, millennials are trying to make the celebration of their lives more memorable and a less somber occasion.

It was her near-death experiences and multiple hospitalizations that motivated Preksha Malu to prepare an informal end-of-life plan. Photo courtesy: Preksha Malu

Eddy believes that having an end-of-life plan in place helps the people you leave behind in two ways. By explicitly explaining your wishes, they are spared the anxiety of wondering the right way to honour your death and it takes away some of the logistical complexities that follow. Finances, digital legacy, legal documents, transfer of possession, and properties are just the tip of the iceberg when a person passes away, and services like Lantern help people collate everything to make the process easier for families. Despite the convenience of such planning, Eddy reiterates that bringing up this topic with family members, especially parents, is not always easy.

“I keep telling my father to make a will and let us know what he wants but he doesn’t want to think about it,” remarked Preksha Malu, a 28-year-old freelance journalist from Mumbai. After two near-death experiences that included nearly falling off a cliff while hiking and multiple hospital trips due to health issues, Malu decided to create an informal end-of-life plan. “I want my organs to be donated, but I haven’t filled up the form yet,” Malu said, adding that her larger plan after her death is more elaborate. She hopes to be cremated and to have half her ashes spread in the deer sanctuary in the Rajasthani village where she grew up and the other half in the Arabian Sea. She also detailed how her wealth is supposed to be divided between her nieces and the philanthropic causes she advocates for. “I’ve experienced a lot of death in my life and have also seen it on the field [during my time as a reporter],” Malu explained. As the youngest person in her family, she reasoned that it is highly likely that they will not be around to execute her wishes which is why she dictated them to a close friend and plans on creating a will in the future. The coronavirus has only strengthened Malu’s belief that families need to be more pragmatic when it comes to end of life planning and to view it as a natural part of life. “It has heightened my paranoia for my family more than myself because they haven’t [planned] and don’t think about death the way I do. Everyone is different so all I can do is think of my plans.”

Can Your Outfit Influence the Way You Feel?
Why Some Young Indians Are Reconsidering Parenthood After COVID-19