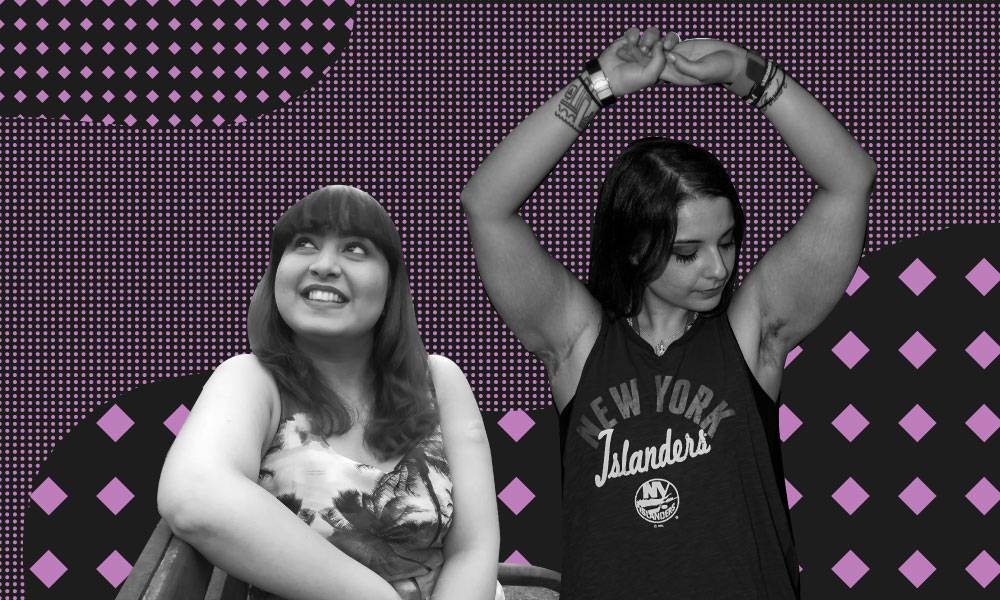 High school is pegged as an exciting and monumental phase, but it was right at the start of this new period of her life that Selina Ferragamo noticed small lump-like growths in different parts of her body. As the boils grew, they caused pain and discomfort; some would flare up severely resulting in blood and pus draining from the area. The New York-based student went from doctor to doctor hoping for some answers but did not receive a correct diagnosis until years later when she was 22. Ferragamo, now 25, was diagnosed with hidradenitis suppurativa (HS), an autoimmune disease and a chronic inflammatory condition characterized by recurrent swollen, deep, and painful abscesses. Her doctors also believe it could be connected to her having polycystic ovary syndrome (PCOS), an endocrine disorder.

Selina Ferragamo feels that separating herself from her illness was a necessary step in her self-love journey. Photo courtesy: Dennis DaSilva

Puberty is difficult enough to go through without a war ravaging inside of your body. In autoimmune conditions, your immune system mistakenly attacks healthy cells and most autoimmune conditions are invisible illnesses. Not understanding what is going wrong internally can also lead to feeling a lack of control over one’s body and can complicate how one perceives themselves. “I most definitely resented my body at one time. It took me a while to stop blaming myself over the disease,” Ferragamo told Re:Set, adding that it was upsetting to not be able to enjoy the same activities as her peers because of the flare-ups. “Once I was able to understand that I wasn’t doing anything wrong and it’s uncontrollable, it helped me be able to separate myself from it better.”

Seeing healthy and seemingly perfect bodies in the media can also propagate negative body image for many, especially women, and growing up with chronic illnesses can be detrimental to self-esteem. Ferragamo lived with an eating disorder for over two years during high school and now has anxiety and depression. Frequent weight gain is a problem that people with PCOS often face, and she admits that this aspect of her illness influenced her eating disorder. Adding to her self-confidence issues were her scars left behind by HS. “I was getting fitted for a dress and the woman saw the scars under my arms and asked if I had cancer. At that moment, I just felt like my marks were so obvious and disgusting and I just wanted to hide,” Ferragamo reflected. Research has shown that experiencing chronic conditions, especially those that are physically visible can impact the person’s body image. It further states that living with chronic pain has the potential to influence how the person perceives and experiences their body.

Making memes about being chronically ill is a coping mechanism that Selina Ferragamo uses to deal with her conditions. Photo courtesy: Dennis DaSilva

Learning to love herself is an ongoing process for Ferragamo, one of the things that helped her cope was starting an Instagram page where she shares hilarious memes about living with a chronic illness.

Also read: The Re:Set Guide to Supporting Someone with a Chronic Illness

She said that running the page is therapeutic and allows her to vent about her disease. It has enabled her to foster a community of people going through similar challenges, “I’ve met such lovely people that show me that I’m not alone in this fight. And using memes helps turn the negative into humor so I really love [it].”

A lifetime of battling your own body

“Having a support system is crucial when you’re chronically ill,” Karishma Khemlani told Re:Set. The 29-year-old has battled multiple illnesses since the age of 12 when she lost her eye to toxoplasmosis. The Mumbai-based freelancer, who lives with over 20 diseases, runs a support group for people with chronic conditions. Experiencing incurable illnesses can be an isolating experience which is why Khemlani began blogging about it and was able to reach out to hundreds of people who felt like they didn’t have anyone who understood what they were going through.

Karishma Khemlani has experienced ups and downs in her self-love journey when faced with the challenges that being chronically ill presents.

After many trips in and out of the hospital throughout her childhood, Khemlani was diagnosed with lupus at 15. Over the years, the list of her ailments has grown longer to include vasculitis, neuropathy, and fibromyalgia among many others. Coming close to death several times and experiencing many traumatic life events including sexual abuse severely impacted Khemlani’s life and mental health.

“When I was diagnosed, my self-confidence and self-esteem went down the drain, self-love was out of the question.”

In 2009, she hit the peak of her depression and also attempted suicide seven times over the course of a year. “There was a point where I looked in the mirror and didn’t know who I was anymore,” she said, affirming that with age, her relationship with herself has improved. “When I was diagnosed, my self-confidence and self-esteem went down the drain, self-love was out of the question,” Khemlani reflected. She emphasized that it is necessary to acknowledge such negative thoughts and talk about it and not suppress them.

In this video, Khemlani reflects on how the journey to self-love is never linear for chronically people, it has its ups and downs that can often coincide with their illnesses.

Saher Ali, a Hyderabad-based counseling psychologist, told Re:Set that apart from the illness itself, it is the stigma attached to being ill that takes a toll on those affected. Especially with regard to chronically ill children, she feels that when they are unable to participate in the same activities as those in their age group, it can cause them to develop insecurities. How a parent reacts to a child’s illness also plays a role in how they approach their own condition, Ali said, adding that if a child senses that their health is stressing the parent out they will try to be more subtle or suppress their emotions.

The journey to self-acceptance is a struggle, but Ali is of the opinion that a conducive environment with unconditional positivity will help ease a chronically ill person through it.

‘Go to Bed!’: How Sleep Duration Affects the Psychiatric Health of Children
What I Want You to Know About My Epilepsy Diagnosis