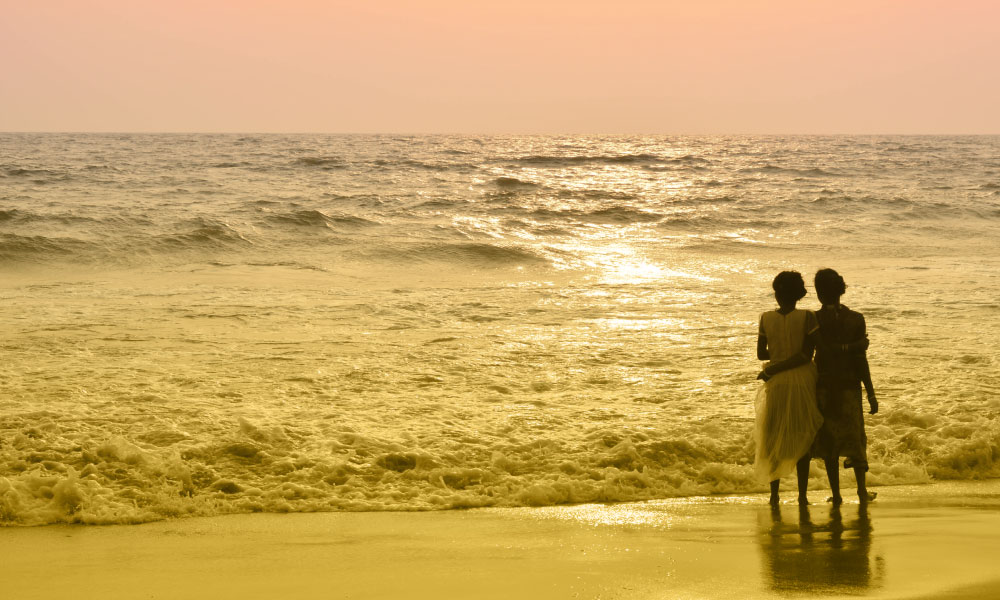 Parents should start with addressing their own mental health to help normalize conversations around the topic. Photos courtesy: Unsplash

For 22-year-old Devika Menon, a Dubai-based media graduate, broaching the topic of mental health was not new territory with her family. “My parents have spoken about mental health being as equally important as physical health, but it was always talked about as something that other people go through,” she commented. Despite this, Menon had her apprehensions about talking to her parents when she started experiencing symptoms of anxiety during her mid-teens.

Two years ago, she experienced a panic attack so severe that the resulting weakness led to her being hospitalized. This convinced her to “take a leap of faith” and tell her parents, “I didn’t really know for sure that they were panic attacks, so I just explained these ‘episodes’ the best I could.” Her parents sprung into action and sought out professional help, supporting her through her diagnoses of social anxiety and panic disorder.

Menon remarked that dealing with challenges in her mental health journey are easier because her parents have created an environment of safety and have encouraged transparent communication. “That’s what kept me from self-harm all those months ago,” she reiterated. Furthermore, Menon said that her father also opened up about his own lifelong struggles with anxiety and how he has learned to cope with it. She experienced intense relief when she learned about this because she finally felt less alone and had found an ally who understands.

Menon found a support system in her parents, particularly her father, who told her about his own mental health struggles.

Her ordeal has made her parents more attentive towards her younger brother’s mental well-being and they encourage him to take care of himself first and ensure that he is emotionally healthy. Menon admits that she is well aware that it is a privilege to “have supportive parents who can afford therapy,” and they have often reiterated that it is important for her to not feel guilty or give in to the stigma surrounding mental health struggles.

Her experience is seen more as an outlier within the Indian community where many young people say that mental health is not taken seriously within the family space or discussed freely. Bengaluru-based therapist and founder of Kaha Mind, Aakriti Joanna remarked that in her experience, over 90% of the people who seek mental health support usually have families who are completely unaware that the person is in therapy. According to Joanna, this can create roadblocks in the recovery process because the coping mechanisms that a therapist can suggest are restricted to what can be done without the knowledge of the family. She cites the example of a family gathering, which can often be overwhelming for some and if they try to exit the situation to avoid being triggered, other family members might not understand why. Even something as simple as doing a breathing exercise to get through a troubling moment can become incredibly difficult if the family doesn’t understand the necessity for such tools.

“It was important for the entire family to be together in this little journey of getting fixed.”

Anushka (last name withheld upon request), a Gurgaon-based student, was 14 when her mother told her she had been in therapy for nearly five years to cope with depression. Her mother, who did not want to be identified, told Re:Set she delayed telling Anushka about her mental health because she needed time to come to terms with her own diagnosis. Stating that her depression was intensified by the death of her mother and the break up of her marriage, the 55-year-old teacher pointed out that she was having trouble functioning and navigating her emotions and therapy helped her cope. She noted that Anushka often accompanied her to therapy, “It was important for the entire family to be together in this little journey of getting fixed.”

During her mid-teens, Anushka began noticing that her own mental health was failing to the point where it negatively affected her academics and relationships. Given her mother’s background, it became easier for Anushka to confide in her and seek out professional help. However, she feels that the response from her extended family about her mental health challenges hasn’t been receptive. “Even the people that have been accepting of my mother’s mental illness in the past, [they question] ‘what do you have wrong in your life when you’ve been so shielded from everything?’”

Supporting a parent through a mental illness can sometimes be an emotionally draining process.

While being supportive of one another’s mental well-being is crucial for families, it is not always easy. Anushka pointed out that there were moments when it is emotionally draining because both her and her mother are struggling, and mental illnesses manifest differently so it can be difficult to understand from a dissimilar perspective. While their transparent relationship helps them be there for each other, Anushka highlighted the importance of drawing the line before leaning too heavily on someone. “I’m not going to treat my mom like my therapist or my diary,” she reflected.

Adding to the conversation, her mother said that if parents want to support their children’s mental health they need to be open to listening to them without passing judgements. Her parting advice? “Read up and be aware of everything happening around you so it doesn’t hit you like a bombshell.”

Speaking about the smaller subset of young people who come to therapy with the support of their families, Joanna reflected, “They are very open to try new things. They feel better knowing that there is nothing wrong [in going to therapy] because their parents have [spoken to them] about it.”

Also read: Comparing Notes: People Tell Us What They’re Talking About in Therapy

She strongly believes that parents need to start with themselves when addressing mental health. Joanna cites the example of having a rough day; instead of downplaying the fact that you’ve had a bad day, if you openly tell your child the truth and explain what you’re doing to cope, it’ll open up avenues for them to disclose their own emotions better and normalize it. “Our family is important, they’re our support system because we feel safe with them,” she said, “when someone is unable to share their [struggles with mental health] with them, it makes it even more isolating and debilitating.”

Uncertainty and Depression: Entrepreneurship Is Undergoing a Mental Health Epidemic
We Asked People What Their Self-Isolation Routine Looks Like