How I Helped My Partner Get Through Depression 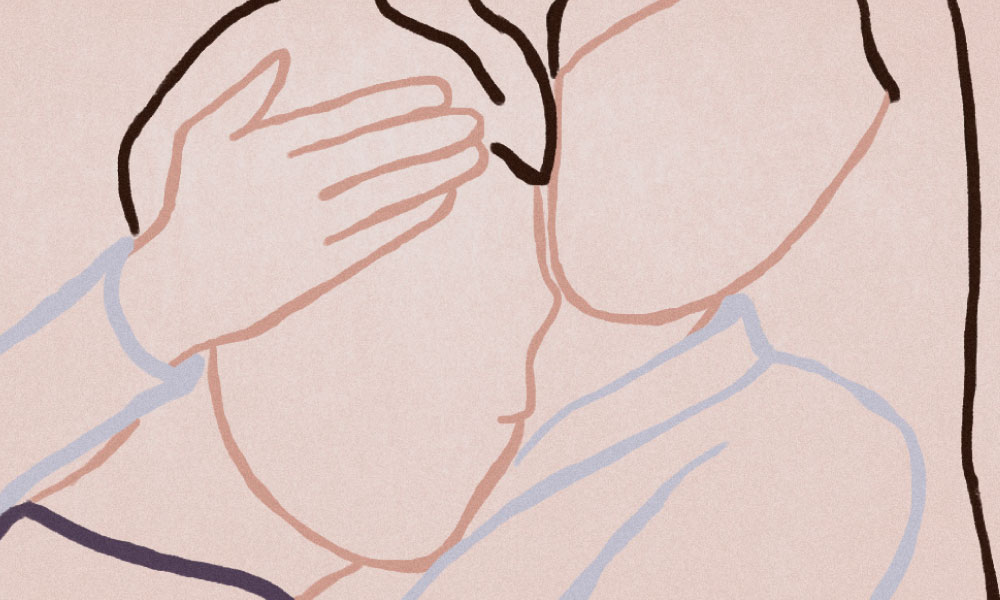 In all honesty, you need to be prepared to be in the driver’s seat for a while to support your significant other through their battle with depression. Illustration by (c) Reset Fest Inc, Canada

We’re never taught how to support someone with depression. There’s no one method; no step-by-step guide. You can’t simply cover a wound and hope it will heal, because a lot of the time there’s no visible wound to see.

Depression is a selfish illness — it lies to its victims, making them believe they are worthless, burdensome and weak. Supporting a significant other with depression can be an isolating and exhausting experience.

When my 29-year-old partner, Greg, developed severe depression last year, our relationship changed as we experienced the throes of this mental illness for ourselves. I felt helpless, unloved and as though nothing I did was enough. Greg was the life of any event, and if he was in the room, you’d know. If you asked me to describe Greg in three words, I’d say fun, outgoing and loving. But if you asked me last year, I would’ve said angry, unwilling and distant.

One of the first things I remember about his early days with depression was his inability to get out of bed. We used to workout together, enjoy long walks with our dog or just go for a drive and explore new places. He didn’t want to do this anymore; in fact, he just didn’t want to do anything. And if I tried to get him to come along, I’d get a snappy answer that made me feel like I’d done something wrong.

One of the rare times Eleanor managed to get Greg out of the house for a long walk when he was depressed.  Photos courtesy: Eleanor Hancock

I know now that this was his depression talking. But back then, I questioned whether he even enjoyed my company anymore. He preferred sitting alone in a dark room playing video games than spending time with me. Over the next few months, things got worse. He became angrier, distant and less interested in everything  —  especially me. Sure, there were some good days, but these were few and far between. I knew something was wrong, and so did he.

We have always had an open and honest relationship, so we didn’t need to speak about his depression to know it was there. I never asked if he was depressed and he never said the words to me either. From more recent conversations with Greg, I now know that one of the reasons he never opened up was because he felt like he couldn’t due to societal expectations.

As a serving member of the Royal Navy, the stigma associated with his mental illness was intensified.  Being a member of the armed forces comes with certain expectations: strong, emotionless and capable of dealing with anything. Mental illness is simply seen as a weakness. “I felt ashamed. I felt weak and I was worried about what other people would think of me,” Greg said. “Admitting I’m depressed meant it was real.”

One Sunday afternoon in October last year, before heading back to his naval base, Greg broke down. “I don’t think I’m well,” he told me. We both agreed he needed my support to help in his journey to recovery. If you find yourself in a situation like mine, know that you and your partner can get through depression together. Here’s how we did.

Anything you say has the ability to tip your partner over the edge. The question “Are you ok?” no longer elicits a yes or no response. Instead you get “Leave me alone,” or “Will you stop asking me how I am?” What do you say when your partner tells you they feel worthless, like a burden — or worse — that they don’t feel like living anymore?

Sometimes, you just have to listen even though you might not understand how they’re feeling. Avoid using judgmental phrases such as “Snap out of it,” “You’ll be fine” or “Just move on.”

For someone who is depressed, actually saying those words out loud and facing the illness can be hard.

“Rather than telling me everything will be OK, you always told me I wasn’t alone and we’ll get through this together,” Greg reflected. “This reminded me we’re a team and that I always had your support no matter what.”

For someone who is depressed, actually saying those words out loud and facing the illness can be hard. Instead, Greg and I developed a code word. When Greg was feeling low, he’d simply say “blue” and I’d know he wasn’t having a good day. I knew not to ask too many questions and to let him be. Instead, I would do little things for him that would help him get through the day a little easier such as making him a cup of tea.

Look for the good days

Being depressed isn’t something you can just turn on and off. A person with depression can’t just snap out of it. When you’re depressed, your brain becomes fogged with a black cloud that makes it hard to see the light, Greg explained to me. As a partner, it’s important you remember to be patient and that healing takes time. Some days will be better than others, and with the right treatment, the good days will usually outweigh the bad.

Greg’s battle with depression also took a toll on Eleanor and the couple’s relationship.

Some days you will feel like snapping. I’d come home to dirty plates and empty glasses scattered around the house, clothes piling up on the floor and a dog desperate to be walked. It can be difficult when you feel like you’re doing everything yourself, but you have to remind yourself of what they’re going through. Being patient with their illness is crucial to getting through it together. In all honesty, you need to be prepared to be in the driver’s seat for a while. It can be tough, but not as tough as what your partner is going through. If they don’t want to cook for you, walk the dog together or go out for breakfast, that’s fine. Don’t fight it. Take the bad days with the good and ride it out.

You don’t have to shower your partner with gifts to show you care. Keep it simple and be creative. Plan to cook your partner’s favourite meal, run them a hot bath or bring them a cup of coffee in bed. The most menial and simplest of tasks can be grueling for someone with depression, and some days getting out of bed just isn’t an option. Taking the weight off their shoulders even a little is enough to show you care. I know Greg loves to have a glass of milk and some cookies in the evening, so I made sure I brought these to him. Little things go a long way, and seeing your partner smile reminds you that the person you fell in love with is still there.

The “Happy Jar” Eleanor made as a pick me up for Greg when he away for work and feeling low.

Most weeks, Greg and I are in a long-distance relationship five days out of seven so I had to get creative about how I could support him. I made him a ‘happy jar,’ and filled it with pictures of us and our family, memories and statements like, “I’m so proud of you” and “You make me so happy.” I told him to go in his jar whenever he was feeling sad and pick something out. For Greg, it was a reminder of the good times we’ve had and how much I and our family care for him. “It motivated me even on bad days and I knew I’d come out the other side eventually. Those little things meant so much,” Greg explained.

You have to take the initiative

Don’t be scared to take the initiative and find professional support for your partner. Going back to that Sunday afternoon, we both agreed Greg needed support, but I knew he wouldn’t reach out himself. After his breakdown, I became genuinely fearful of what he might do. He kept saying “I’m worthless,” “I’m ruining your life” and “What’s the point in me being here?” I knew something needed to be done.

Greg felt he had certain societal expectations to live up to as a member of the armed forces. His officer-in-command referred him to a therapy after a call from Eleanor.

I took it upon myself to ring his officer-in-command and raise my concerns for Greg’s sake. Within a day, he had been referred to a counselor and went on to receive therapy every week for four months. And now, he’s a different person. “I’m so glad you reached out for me. I knew I needed help, but I was too afraid of what other people would think. I finally feel like I am returning to my old self,” Greg reminisced.

Over the last few months, Greg has gone from strength to strength. His bad days are outnumbered by the good and, in fact, they are rare. I can see the man I fell in love with once again. The past year hasn’t been easy, but it’s made me love Greg even more. I’ve seen what he’s had to fight mentally and it’s only made us stronger. It’s made me realize that even through the hardest of times, depression does not mean a person is unworthy of having a loving, healthy relationship. In fact, they deserve it more.

Eleanor is a writer based in the U.K. who works within the education sector, with a focus on helping others to support the well-being and educational development of students. Follow Eleanor on Twitter.

The Lockdown Shows India’s Ill-Preparedness to Deal With Rampant Alcoholism
Feeling the FOMO with Lockdown Insta Challenges? Here’s What You Can Do Instead