Has the Role of Mothers-In-Law Evolved in the Age of Indian Drama Serials? 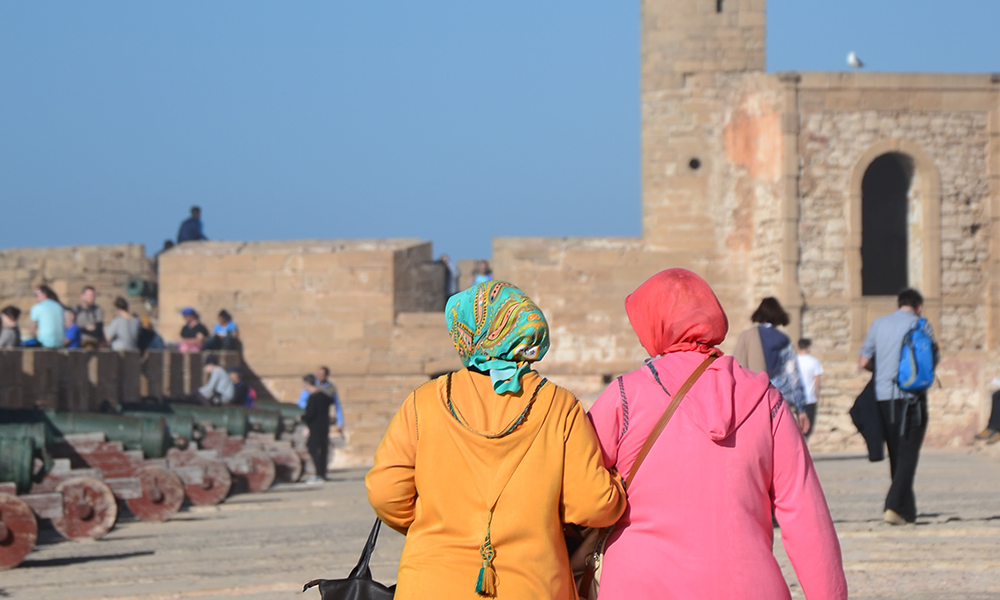 Proximity is a factor that can heavily influence the potential for a mother-in-law and daughter-in-law to have a healthy relationship. Photo courtesy: Melvina Mak on Unsplash

I ndian television serials have earned a name for themselves for being over the top and overdramatic, but those that cover the mother-in-law and daughter-in-law relationship have grown into a genre of their own, termed as ‘saas-bahu’ serials. India is home to over two dozen languages but the portrayal of this relationship in serials seems to be universal. The newly married young daughter-in-law is shown as a villain out to steal the mother’s precious son from her loving arms. Or the mother-in-law is shown as conniving, always plotting with other older women to meddle in the life of her daughter-in-law.

With an average life expectancy of 70 years and the average age at marriage being 22, Indian women spend a large majority of their lives being married so the impact of the extended in-law family is irrefutable. A recent study examined the role that mothers-in-law played in the formation of the daughters-in-laws’ social circles and their influence on their reproductive choices. Studying over 600 women from Jaunpur, a rural town in North India, the researchers concluded that nearly 70% of the women lived with their mothers-in-law and extended families.

Veena Venugopal believes that the media does play a role in the creation of negative stereotypes about the mother-in-law and daughter-in-law relationship. Photo courtesy: Veena Venugopal

The study revealed that women who resided with their mothers-in-law faced:

Only an abysmal 12% of daughters-in-law were allowed to visit the homes of friends or relatives by themselves. The researchers remarked that in the absence of a peer group, these young women were less likely to go to health facilities to avail contraception or learn family planning information. The researchers declined to comment on the outcomes of their study.

Is there an urban-rural divide?

One might wonder whether this is just the case with rural women, but author Veena Venugopal disagrees. In her book “The Mother-in-Law,” Venugopal narrates the stories of eight Indian women in relation to their mothers-in-law. Most of the women in the book were urban, well-educated working professionals but their tales are not too different from their rural counterparts. One of the stories in her book describes the life of a young journalist who was forced to hand over her entire salary to her mother-in-law every month. “She would place [the money] on the table and the mother-in-law would pick it up so even the physical contact of handing over the money wasn’t there,” Venugopal quipped. She remarked that this form of financial control continues to exist in most families to varying degrees. “[There’s this] intense pressure that daughters-in-law are put through to quit their job, right after the wedding. It’s to make sure they don’t have the financial independence to leave the [marriage], you slowly start giving over the many decisions of your life to the people who are in control,” she reflected.

“[There’s this] intense pressure that daughters-in-law are put through to quit their job, right after the wedding.”

Venugopal believes that the relationship between these families and the media portrayal works as a two-way street. “Art [often] reflects life,” she said. “But the things shown on TV also [stick] to their minds and allows them to justify [their behaviour].” The author pointed out the current context where there is a renewed pressure to go back to Indian traditions and culture. “People who haven’t been forced to do Karwa Chauth before, they do it now because they feel it’s been glamourized by TV [shows].” Karwa Chauth is a festival celebrated in many parts of India where a woman fasts for her husband’s long life.

Re:Set spoke to women to understand how accurate the onscreen depiction of this relationship actually is. Bengaluru-based marketing associate Huda Merchant, 24, shares a healthy bond with her husband’s mother and said “every time I’m sick she’s been there for me more than my own mom and sends me food often.”

Huda Merchant (center) believes that her relationship with her mother-in-law (right) is very different from the stereotypical relationships portrayed in Indian serials. Photo courtesy: Huda Merchant

Huda’s mother-in-law, Falaknaz Merchant, shares the same view that the negative portrayal of this familial bond in media can hold very little truth in some cases. “I have two daughters-in-law, both are like my friends. We’re on great terms with each other,” Falaknaz added, recollecting how her experience as a daughter-in-law was starkly different. “We were scared of [mothers-in-law], they were also quite strict,” she said, noting that she had to take permission to go out when she lived with her mother-in-law in the past. While Huda’s experience has largely been positive, she does feel similar pressure as her rural peers when it comes to family planning. She observed that her mother-in-law began bringing up the topic of having children more frequently after the first year of her marriage.

“We were scared of [mothers-in-law], they were also quite strict.”

32-year-old Pooja Kandula, an assistant manager in Bengaluru, told Re:Set that during the arranged marriage process, she first spoke to her future mother-in-law before even meeting her husband because she felt that if the mother-in-law was progressive, the son too would follow suit. Kandula lives in a different city from her mother-in-law but meets her regularly. As a professional herself, her mother-in-law did not object to Kandula working after marriage. However, Pooja believes that there are times when social conditioning gets the better of her, “She understands that the household responsibilities have to be shared equally between partners. But there are times when she gets upset that I’m not “serving” her son by cooking his favourite food or taking up [more chores].” Commenting on the pressure to have children, Kandula said that while the extended family has expressed their concerns, her mother-in-law has never addressed the topic with her directly.

Most sources that Re:Set spoke to agreed that this complicated relationship is in a constant state of evolution, impacted by the needle shift of cultural expectations and exposure to different media. But, proximity could perhaps be the factor that affects this bond the most. Venugopal emphasized that the potential to maintain a healthy relationship between the two women is often improved when the newer family moves away from the family home. In this set-up, women sometimes have more freedom and the ability to raise their children without direct interference. Of course, the privilege of being able to afford such a move leaves much room for discussion. Could there be a benefit to co-residing with a mother-in-law? “Free childcare, maybe?” concluded Venugopal with a chuckle.