From Battling Depression to the Olympics 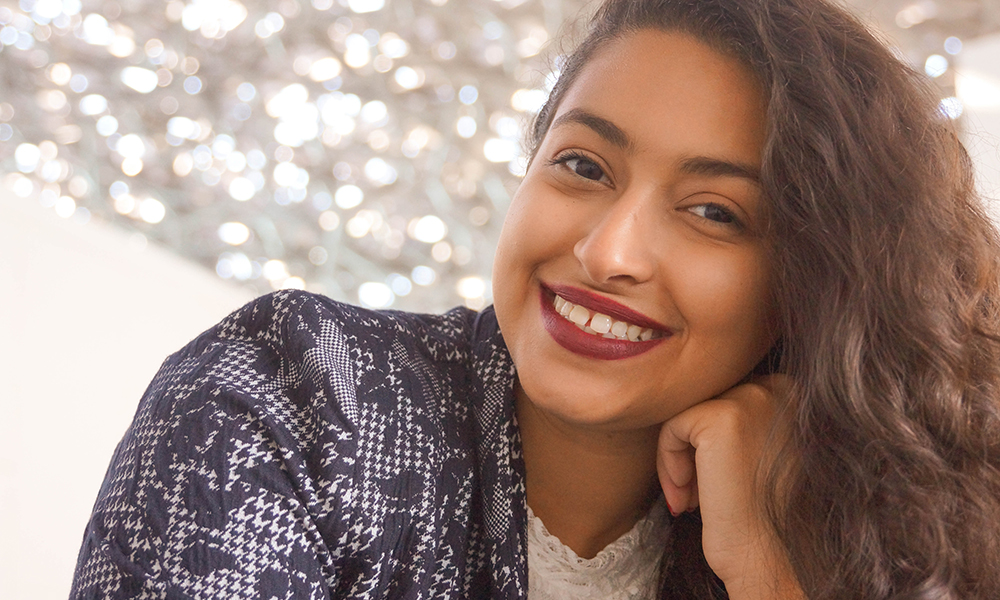 The hardest step you will ever take in any aspect of your life is the first step. And when it comes to starting the recovery process in your mental health journey, that first step will seem like you’re facing a wall of bricks. You might feel confused, overwhelmed and exhausted as you remove one brick at a time to get to the other side.

Yet, once you take that leap and get into a flow, the weight will eventually become lighter. The process will become less burdensome as you work towards becoming healthier and happier.

That’s how my most ambitious dream, my weightlifting pursuit for the Olympics began. By taking one tentative step.

I’d been unmotivated and unhappy for four years. I first experienced symptoms of depression when I was 15, and it was my mother who realized a few years later what was happening to me. She took me to therapy when I was 19 and a doctor prescribed me antidepressants and anti-anxiety medication which I took for around six months. I constantly fought negativity including suicidal thoughts, despair at my inability to communicate and relentless anger. On top of all of that, I hated the way the medication impacted me. It’s important to remember that everyone reacts differently to medication and while it can work for some, I felt lifeless and ended up isolating myself from the world; trapped and frustrated.

That’s how my most ambitious dream, my weightlifting pursuit for the Olympics began. By taking one tentative step.

My defense mechanism kicked in as I tried to survive each day as it came. It was the only way I knew how to keep going, especially without a robust support system.

At the time, I was a mass communication student at the American University of Sharjah and I found myself struggling with coursework and keeping up with my grades. I didn’t have room for a social life. Being depressed was debilitating in every aspect.

I struggled with finishing tasks and couldn’t take care of my health. I was eating junk food everyday, and would sleep up to 14 hours a day. My overall health deteriorated. I gained weight and despised looking at myself in the mirror. Waking up everyday was a chore and there was a sense of heaviness and lethargy. I couldn’t stand the thought of getting out of bed and carrying on with my day.

In 2009, I woke up one day incredibly distressed, unhappy with my body and unmotivated in life. I could feel myself reaching a breaking point and I’d had enough of feeling the way I’d been for years. This was a moment of reflection for me — I detested the way I felt and wanted to take charge of my health this time around. Instead of hiding under my covers, I decided to try and do something different and went for a walk to a park near my house.

Now when I look back, I realize how healing it was to just get up and move, to sweat out the negative emotions, and attempt something different.

From that walk, my foray into fitness started, unintentionally. None of it was planned.

I started going to the gym to release my negative feelings and redirect my anger and energy into something more constructive. Over time, I thoroughly enjoyed working out and developed physical strength while learning about the concept of sports and competing. That’s where I stumbled upon CrossFit, which includes experimenting with different sport disciplines in a single workout. Going to the gym gave me an outlet to release my pent up emotions and channel my energy in a positive manner.

It was the first sport I tried with no prior training. I was never an athlete growing up, aside from indulging in activities like swimming or biking for leisure.

In 2011, after seeing my coach train for the Reebok CrossFit Games Open, I decided to prepare for it as well. This was just five months after I was introduced to CrossFit! I was a full-time journalist but worked out religiously, looking forward to each session which let me push myself harder and gave me a sense of achievement.

History was made — I was the only Arab woman and person from the GCC to participate.

The next year, I was able to qualify as part of my gym’s six-member team for the regionals stage, which is the second of the final stages in CrossFit, where top athletes and teams get to compete. The event took place in Seoul, South Korea and was exhilarating from start to finish.

History was made — I was the only Arab woman and person from the GCC to participate.

Upon my return to the UAE, I decided to switch gears and focus on a sport where I could measure and track my progress. I wanted to compete in an Olympic sport that had a clearer path than CrossFit. A few coaches recommended I try weightlifting and I can now confidently say weightlifting transformed my life and opened many doors for me. It was my calling at the time.

I had my eyes set on Olympic weightlifting with Rio 2016 as the goal.

Challenging my preconceived notions about my strength during a training session and lifting a heavy barbell was empowering and allowed me to push my limits.  It’s made me stronger and more determined both physically and mentally. When I’m lifting weights, I feel powerful and invincible.

However, there were many challenges along the way. These included lack of funding, finding qualified coaches, having to travel and live alone in the United States while I pursued more focused training. It was tough to pursue a passion with purpose, especially because it was not a conventional career choice for women in the Middle East.

In a matter of three and a half years, I was able to overcome these challenges while surviving mental breakdowns along the way. I finally managed to get a taste of the Olympics in 2016. I couldn’t compete myself due to a back injury; however, I was a part of the UAE national team that went to the Olympic qualifiers in Uzbekistan. Our collective effort resulted in the UAE earning one quota slot to send a female athlete to the Rio Olympics.

Here’s the thing about my journey.

It was never about the Olympics, sports, medals, fame or the titles. It was about healing — a process that’s been more than a decade in the making.

Perhaps, one day, I’ll find the strength to fully heal.

As an Arab Muslim woman from the United Arab Emirates who was pursuing Olympic weightlifting, my story made headlines in the local and international media outlets. It was portrayed as a story of breaking barriers, a story about being different and paving a new path — all of which were true. But, it was a consequence of the original purpose and intention: dealing with my own depression.

I may not have completely come to terms with what caused my depression. Perhaps, one day, I’ll find the strength to fully heal. But there’s one thing I do know now: I was able to change the course of my life by giving myself a chance to heal. Now, I take necessary action to combat my depression when it resurfaces such as speaking to a friend, walking by the beach or going to therapy, if needed.

As human beings, we are not able to control some aspects of our fate — things that happen to us that are outside of our control. But we do have the power be kinder to ourselves. I know it can be hard to embrace change and seek help, but that first step can alter the course of our lives completely. Beautifully and courageously.

Amna is a sports pioneer from the Middle East, writer and inspirational speaker. She is the first national from the Gulf to compete in Crossfit and had a key role in UAE’s Rio Olympics qualification. In 2016, she was the first Emirati awarded the Rosalynn Carter Fellowship for Mental Health in Journalism.
Continue Reading

I Asked My Mom About Self-Care, Mental Health and Parenting
A 27-Year-Old Emirati Artist Uses Moving Artwork to Reach out to Others with Depression