End the Endless Scrolling: It’s Time for a Digital Detox 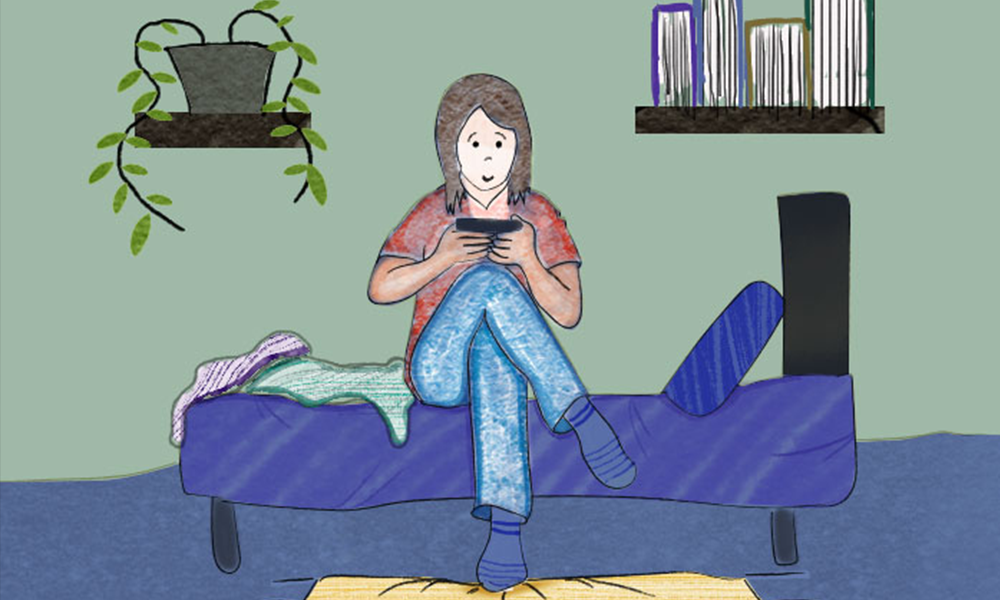 Social media acts as a highlight reel, and only reveals a small portion of people's lives. Illustration by (c) Reset Fest Inc, Canada.

It’s late at night and while you should be fast asleep, you can’t help but scroll one last time through your social media feed. In the past 16 hours, you’ve dropped and picked up your kids from school; you’ve gone to work; cooked wholesome meals; helped your kids through their meltdowns and their homework. At this point, you’re exhausted and expect to feel proud of everything you’ve done in a single day. Instead you feel like you’ve been punched in the gut. You feel like you aren’t doing enough when you see photos of your friend and her seemingly perfect family. This scenario is all too familiar for many of us as we see only the best of other people’s lives on our social feeds.

In a generation that thrives on detoxes, we rarely discuss the most necessary detox that our well-being requires: a break from social media. Social media has become an ubiquitous, double-edged sword. We are increasingly connected as a society, yet in the process, so disconnected from reality. Think about it — when was the last time you mindfully enjoyed a few moments of silence, instead of reaching for your phone?

A break from social media can help increase our sense of well-being. Illustration by (c) Reset Fest Inc, Canada.

As humans, we are hardwired to yearn for a sense of love, belonging and connection. Social media might seem like the ideal solution because of the ease and convenience it offers in terms of building connections through the screen. However, the actuality is that it gradually eats away at our ability to build social rapport and instead feeds into feelings of loneliness.

Recent studies show that social media can have a significant impact on one’s mental health. While various factors shape our mental health, consciously reducing social media usage has been shown to have profound benefits. The University of Pennsylvania conducted a study to explore the psychological effects of social media. Participants slashed their social media usage to 30 minutes a day, spread across Facebook, Snapchat and Instagram. After the three-week period, the study revealed that no matter what their initial levels were, the participants experienced less anxiety, loneliness, depression and FOMO (‘fear of missing out’).

As humans, we are hardwired to yearn for a sense of love, belonging and connection.

The instant gratification that comes from constant checking and interrupting ‘in the moment’ social interactions also chips away at the experience at hand. It’s near impossible to fully engage in conversations while simultaneously attempting to capture the perfect shot of the serving plate, so you can post it to Instagram later (#foodporn). I’ve been on the receiving end of this treatment many times in the past, and it’s both frustrating and hurtful when your exciting news and/or important queries are met with a half-hearted, delayed response.

In addition to harming the self-esteem of those in front of us, we naturally impose the same disservice on ourselves. While scrolling through perfectly curated feeds which are splashed with photoshopped physiques and filtered moments, we inevitably fall into the dreaded comparison trap. We forget that social media acts as a highlight reel. We only like to to reveal the 1% of our life which flourishes, as do the majority of people out there.

Real life does not always match up to what we portray on social media. Illustration by (c) Reset Fest Inc, Canada.

As we scroll through our feeds, we start to magnify our shortcomings and breathe life into our insecurities. A post of an essentially meaningless bowl of salad can easily trigger shame about our own dietary choices. Feelings of bliss after indulging in a Netflix binge can quickly transform into a depressive episode after seeing photos of friends having a fun night out. Ultimately this narrow, distorted slice of reality that is displayed on social media is almost perfectly constructed to make viewers feel deficient and discouraged.

Every time we receive a ‘like’ or ‘comment,’ we experience an increased rush of dopamine — the neurotransmitter associated with pleasure and reward. The social media notification triggers a reward cycle loop, whereby the more we receive, the more we want it. When our posts do not receive enough positive feedback as we expect, we start to question ourselves. Was it not funny enough? Am I not pretty enough? Do my friends not like me? Rather than shower ourselves with validation, we base our worth on the number of likes, shares and followers received. We impart too much meaning into metrics which are ultimately meaningless when it comes to defining who we really are.

We are worth more than the number of likes that our last upload received.

We are worth more than the number of likes that our last upload received. We make more memories living in the real world than we could ever do through our phones. Let’s invest more time into growing relationships with our loved ones than growing our number of followers. Let’s work on understanding each other rather than trying to understand ever-changing algorithms. Let’s filter our feeds and remove accounts that make us feel bad in order to restore a happy medium with our social media usage. Set boundaries: put your phone aside before bedtime, limit your use of social media and follow accounts which uplift and inspire. Small tweaks like these, can make a massive difference to our habit of digital consumption. As mindful as we aim to be with our diet, let’s start applying the same level of mindfulness to our digital diet. Our well-being depends on it.

Khushbu Thadani is a nutritionist, life coach, and international speaker. With her business K Weigh, she empowers individuals globally with holistic tools in order to transform their diet, bodies, mindset and overall well-being.

The Good Fight: Survivors on Battling Depression Through Human Connections
To the Brink and Back: Survivors Share Their Stories of Suicidal Ideation