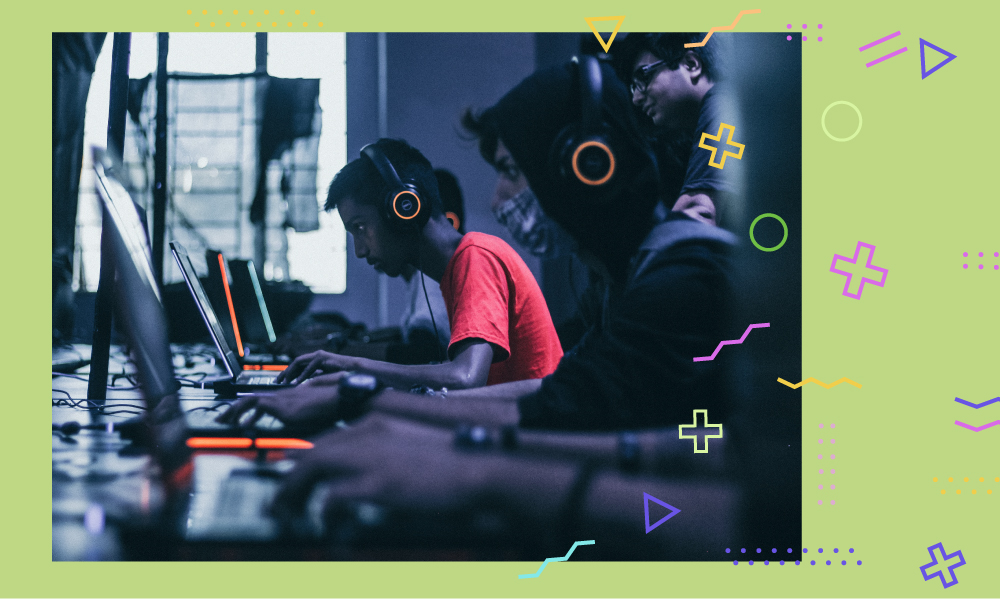 "Streaming has made me talkative and express myself better.” Photo courtesy: RD Rechy

“The interaction on Twitch was mind blowing,” Govind (last name withheld on request) aka RD Techy, told Re:Set. “Because for someone who has to play, record, then edit, upload, wait for comments, then reply to comments, to have that back and forth interaction in real time was revolutionary.”

Amazon owned Twitch is the world’s foremost gaming live streaming platform. People can stream the games they are playing to millions around the world while talking and replying to audience comments in real time. 3.8 million streamers broadcasted on the platform in February 2020, with 15 million people viewing streams every day, and 140 million engaging every month.

30-year-old Govind got into gaming after he became one of the first people in his neighbourhood in south Kerala to get a computer. Like many, his childhood interest got sidetracked by studies and the search for a livelihood, which took him to Dubai in 2011 to work for a corporate training firm. He liked English, so worked on getting a masters from Annamalai University through distance learning. Four years later he quit his “mundane corporate job” and came back home to Kerala. By 2018, he was teaching 4th graders at his alma mater in the day, and live streaming Call of Duty for three to four hours at night.

“When you look at someone on television, and they just start playing a game, no one will watch that,” he explained while talking about the effort required in streaming. “You have to keep engaging, keep talking, keep performing. It’s like a radio host where you can’t have dead air. It gets tiring.”

Govind has done streams for up to 14 hours straight sometimes for charity including one for Water.org last year which resulted in donations of $550 USD and went on for 12 hours.

Streaming games can be a double-edged sword. Like other content creators, say YouTube, the pressure to keep churning out content and being your “authentic self” can have detrimental effects to the creator’s mental health.

“It has even increased with COVID-19, as we can’t meet and be in the same physical space with friends.” Photo courtesy: Unsplash

According to Mumbai-based psychotherapist Rizwana Nullwala, there are different arguments and debates on just what video games do for each person. It can reduce empathy among people and make them feel isolated, but it can also make them better at problem solving and public speaking.

“I see more negatives because people who are feeling fine don’t come to therapy,” Nullwala told Re:Set. “Streaming adds that element of instant gratification for them, like putting an Instagram story or changing your WhatsApp display picture does. First a 100 people view your story then you want 200 of them to see. You need more and more to get that high.”

“There can be bad comments, but the instant feedback feels really good, especially when it’s someone completely random.”

Nullwala explained how streaming can become a digital addiction, as it encourages streamers to engage with it regularly because the high they are getting from those supposed 100 viewers won’t feel good after some time. “Your brain will need to be stimulated more. It can also affect self-esteem as your validation is dependent on people who you don’t even know,” she said.

“But this is different for each individual case, because as an activity, you can’t say that it’s harmful. If it’s not affecting the 8*3 principles (eight hours of sleep, eight hours of work and eight hours of leisure) and you don’t need that stimulantation all the time, it’s alright,” Nullwala added.

Telangana-based gamer Bhagirath Reddy (BugReddee) has managed to keep  his eight hours of sleep, work and leisure intact. He just started streaming a couple of months ago because “everyone was doing it.”

“It feels good and bad,” he told Re:Set. “There can be bad comments, but the instant feedback feels really good, especially when it’s someone completely random.”

Reddy explained that the social experience, especially playing with friends, has been greatly satisfying. “It’s like all of us are together on a couch and playing. Those who weren’t playing were joining in and commenting,” he said. “It has even increased with COVID-19, as we can’t meet and be in the same physical space with friends.”

Socializing even via games can have added mental health benefits. A 2012 study found that socializing helps alleviate symptoms of depression. Researchers observed that just partaking in normal activities like having a conversation helped people feel less isolated, less stigmatized, and less anxious.

For Govind, socializing via streaming games helped him tackle a separate issue — shyness.

“I used to be the person who never spoke a lot. Especially when no one is talking in a group and you have to break the ice,” he explained. “I’m like that still at parties and weddings and social events. But streaming has made me talkative and express myself better.”

This has also helped his work life as his school has transitioned to online classes during COVID-19 lockdown.

“I can now present my class with more confidence than the other teachers who aren’t used to keeping a virtual audience engaged, because it’s the same skill as streaming.”

Want Children to Learn Empathy and Social Skills? Let Them Play With Dolls
These Are the College Degrees and Majors Most Likely to Be Impacted by COVID-19