Can I Be Angry? 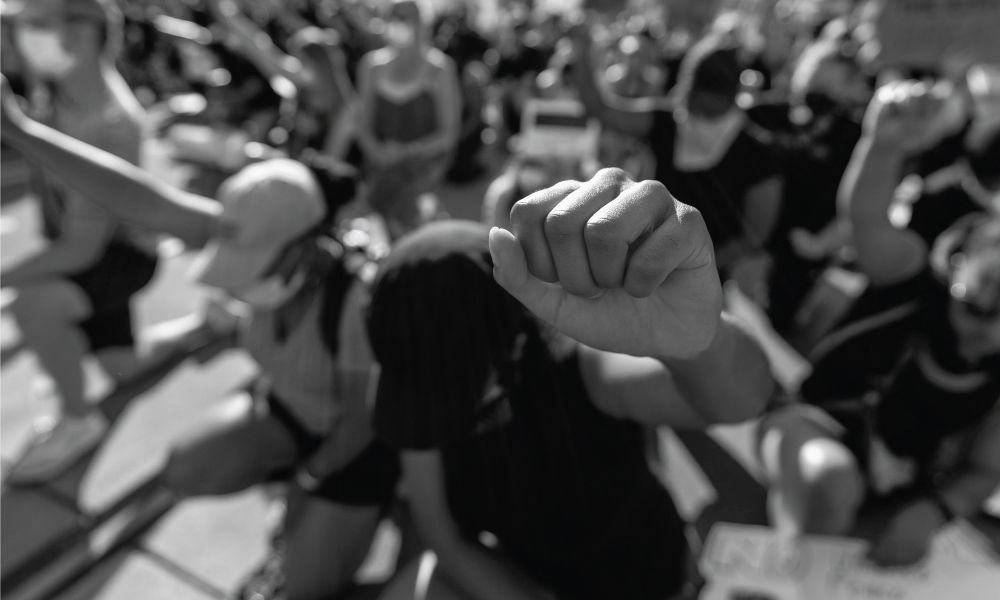 Seeing police violence on a regular basis against someone who looks like you can often be a numbing experience. Photo courtesy: Unsplash

My alarm blared at its usual time on May 25th, although I could’ve sworn I had checked it only five minutes ago with 4:35 a.m. staring back at me. The night before, I had watched the four-part Netflix documentary, “Jeffrey Epstein: Filthy Rich,” which left a sour taste in my mouth, and I spent the better part of the night speaking with my sister, trying to make sense of how a justice system could fail at its job so spectacularly. I was deeply disturbed, but little did I know the next few days would leave me in a horrible mess of emotions. Emotions that, despite being 24 and having been in situations of my own already, I’m still trying to work through and make sense of.

Later that day, I went onto Instagram and sitting in my messages was the video of George Floyd’s murder. A familiar feeling of dread swept over me and as once again, there was a black man who died at the hands of police.

I almost never get emotional, and being that it’s become a “normal” occurrence to see police violence against the black community, I have mostly become numb to it all. I say mostly, because even I was shocked at my emotional reaction. I don’t know if it was seeing George Floyd like that on the ground, so helpless, or the sheer lack of concern or worry on the police officer Derek Chauvin’s face while he was being filmed, but this one hit me hard.

I’m a Nigerian woman. I grew up in Nigeria for the first 17 years of my life, before moving to Dubai for university, which has now been my home for the past seven years. I grew up with somewhat “liberal” Nigerian parents who made sure that my siblings and I always stayed informed.

What follows are feelings of pain, sadness, anger, then outrage in quick succession or numbness.

I remember my mother telling me how my uncle, who lives in Miami, doesn’t wear a hoodie out of his house — even on a grocery store run down the street — or have his hands in his pockets when walking, just so he doesn’t seem threatening to onlookers or “safety” officials. Having lived there for a considerable number of years, he has grown accustomed to certain prejudices against people who look like him, so it’s better safe than sorry. The emotional rollercoaster that often ensues with being black means that one minute, you’re fine and going through your day, then suddenly, you are confronted with news of yet another senseless act of violence towards an individual that looks like you. What follows are feelings of pain, sadness, anger, then outrage in quick succession or numbness. I was living proof of this on that Thursday, where I had to get through my day regardless of the turmoil that was steadily building its way to a full-blown anxiety attack. As sad as I was, I had to keep pushing through normally because the world continued moving.

“When did we lose our humanity, that one has to seek out knowledge on the proper way to treat a fellow human?” Photo courtesy: Unsplash

Since then, there has been an exponential burst of information coming to us at lightning speed from every possible platform. We are getting regular updates of the happenings in the United States. At every corner of the world, people are speaking up and conversations are being started. Finally, people realize that racism isn’t an “us” problem, meaning the recipients of the prejudice, but a “we” problem, meaning, all of us, regardless of race, nationality or geographical locations. And, while I applaud many for asking questions from black people, it is nobody’s job to educate the masses on how to be a decent person. There is a plethora of correct information out there; you only need to seek it to truly understand. However, when did we lose our humanity, that one has to seek out knowledge on the proper way to treat a fellow human?

I, like so many others, have been denied our basic rights and respect and are treated differently solely because of skin colour.

I cannot tell someone how to grieve or process the situation. I’m barely keeping a lid on my emotions — these people aren’t “thugs.” They are people in pain. Racism is very much alive and prevalent in the United States and other countries, to think otherwise would be feigning deep ignorance.

There are enough problems in the world already, don’t add to it by putting your knee on someone else’s neck.