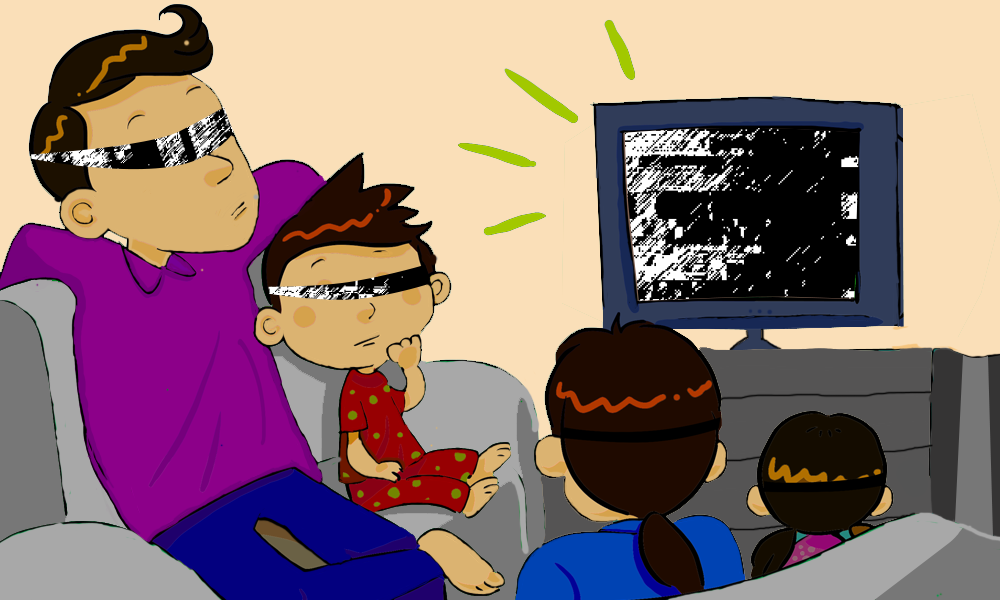 Reshma Valliappan has not lived an ordinary life. A survivor of three brain medical catastrophes and currently living with schizophrenia and epilepsy, the 39-year-old artist and teacher has often had the odds stacked against her. An artistic woman with a lean build and short hair, Valliappan is transparent about living with mental illness. “For me, life has [about] been challenging the norms of there being a cure and not being a cure,” she told Re:Set. One of Valliappan’s biggest qualms has been searching for stories like hers in the mainstream space — accounts of people recovering from schizophrenia and being successful continue to be few and far in between.

Valliappan, like many others, grew up on Bollywood films. She finds them relaxing. However, when it comes to the portrayal of mental illness in Bollywood, she remains aghast at the massive gap that needs to be filled. “Being hit by something the rest of the world cannot understand [is complex],” she explained. “There cannot be an external observer to my internal processes. It’s impossible.” The first time Valliappan saw mental illness represented on the big screen was in the 2006 film, “Woh Lamhe.” The scenes depicting mental illness hit a nerve as she acknowledged symptoms of her condition were being spoken about on-screen. Since then, she has watched a few movies on mental health, but is disappointed by the lack of authenticity in Indian cinema.

On 26th July 2019, “Judgementall Hai Kya?” (Are you judgmental?) will hit the screens across India. It revolves around a murder and a young duo’s connection to it. The movie has been the subject of major controversy ever since its original movie title, “Mental Hai Kya” (Are you mental?), appeared on its promotional posters. In response, the Indian Psychiatric Society (IPS) filed a public interest litigation in court, objecting to the film’s offensive title and casual use of the word, “mental.” They successfully appealed to the Central Board of Film Certification and demanded that the film’s title be changed. While the makers complied after the controversy, critics remain skeptical and are still uncertain about the film.

Dr. Soumitra Pathare, Director of the Centre for Mental Health Law and Policy in Pune, told Re:Set, about the implications of using language carelessly in popular films. “I think the media has a particular perception of mental health, which is very rooted in a model of mental health from a long time ago – a few decades ago now,” Pathare said. “People with mental health are depicted as violent, not having [the] capacity to make decisions, infantilized [and those who] should not be given responsibility.”

The media needs to step up its game as per Dr.Pathare. Photo courtesy: Soumitra Pathare

The outrage over “Mental Hai Kya” stemmed from this lack of nuance, sensitivity, and representation in depicting mental illness in the media. “Mental, as a word, is usually pejoratively used against people with mental health problems. This film would have only made that worse — that’s what many people who are in the mental health sector felt,” Pathare said.

Social media and Bollywood films have typically played up harmful stereotypes concerning people facing mental health challenges. Valliappan thinks it’s essential for people like her, who are living with mental illness, to be in control of the narrative. “I guess if anyone should call me mad or “pagal,” that right should be in my hands. Nobody else has the right to call me by that word,” she told Re:Set. “Only I will call myself mad when I feel like it. I will give that power to maybe my friends and family, who think I, otherwise have a crazy, sparkling side to me that they joke about.”

Much of the language used in daily discourse is influenced and normalized by what we see on screen and in the media. Words like “mental,” “psycho,” “lunatic” and “schizo” can be triggering for some people and are liberally used in popular culture as well as on social media. Valliappan’s students often use the word without knowing the impact it can have on others. “My kids say mental in the classroom as if it’s a regular word. It’s not seen in context with you having a mental illness,” she explained. Indifference and lack of information about mental health is also rampant online where the repercussions remain unaddressed.

“An indirect form of abuse is when an instance of deviant behavior is labeled as a mental illness,” Vijay Nallawala, a personal branding consultant and founder, BipolarIndia, told Re:Set. “We see this kind of casual abuse so often on social media [like] ‘OMG, she is so bipolar!’ in reference to something as simple as indecisive behavior or even an odd dress sense,” Nallawala added. He went through his share of mental health struggles from age 14 before being diagnosed with bipolar disorder. He was shaken by the film’s original title. “I was among those who were vocal on social media about how much harm a film like ‘Mental Hai Kya’ was doing to our cause,” he said, especially given the level of influence Bollywood wields in India. “This fame and adulation cannot be without corresponding responsibility. If we allow mental health to be trampled with like this in [the] public domain, what message does this send out to the masses?”

Some films such as “Black” (2005) that looked at living with physical disabilities and “Mazi Goshta,” a Marathi film that focused on individuals with schizophrenia made active efforts to speak to support groups and patients. “That is all that is required,” Valliappan said. “Being true to people [with mental illnesses] and their family members. Filmmakers need to stop being arrogant about coming up with an idea…[and] should reach out to those with actual disorders.”

Individuals with mental illness are still not necessarily being included in the conversation. While IPS did advocate for a change in the movie’s title, Valliappan wonders how many people with mental illnesses were contacted by IPS for their opinion. Re:Set reached out to IPS for comment, but hasn’t received a response at the time of publication. “The mental health system has been about psychiatrists. It’s not about those of us who are living with [mental illness] for the rest of our lives,” she reflected. “On the one hand, it’s a good thing because if it was not for IPS, they would not have changed the poster. My trouble is: if a single person like me had written a letter, would they have done the same thing? No.”  While the producers of the film did change the title of the film to “Judgementall Hai Kya,” the name continues to allude to the negative connotations associated with mental illnesses. “The new posters which have come are still playing upon the word ‘mental’ because the word, ‘judge’ has been written in Devnagari (Hindi script), while ‘mental’ has been written in English. So it still reads as ‘Mental Hai Kya’ in English,” Pathare explained.

“Bollywood, I think, needs to catch up,” Valliappan told Re:Set. “They’re only caught up in terms of clothing and how we can better entertain other people. It’s a huge industry [with power and massive impact].”

This Self-Care Saturday, Take Control of Your Finances
‘Just man up:’ Postnatal Depression Among Fathers Is Still Not Taken Seriously