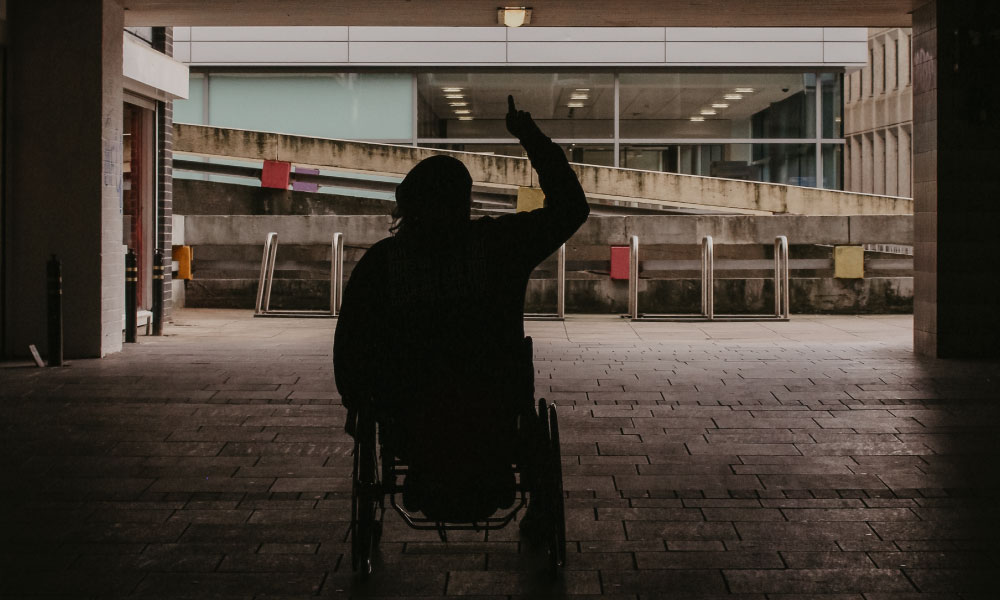 While being physically present at a protest may not be feasible, there are other ways people with disabilities can participate in the Black Lives Matter movement. Photo courtesy: Unsplash

A report from 2016 found that the number of Americans with disabilities who died at the hands of police ranged from 25% to 40%. While Black Disabled and Proud, a consortium of people working in colleges, states that “African American people with disabilities are especially likely to be victims of violence and police brutality.”

Disabled people, these protests will not be accessible to us, this moment is. We have to be ok with that. There are other ways we can be supportive.

Boost the legal advocacy centers for your city and funds aimed at providing supplies to protesters.

I know how many of us

If people with disabilities choose to participate physically in the protest, PACER Centre has some general tips on how they can be prepared if they are questioned by the police. These include tips on what not to do when being questioned including:

People with disabilities can also contribute to the protest and the movement without being physically present. According to Amnesty International, “…movements need everything. Childcare, web design, phone banking, outreach, legal aid, and letters to the editor are just a few of the hundreds of ways people contribute. Think about what you have to offer, and share that skill with groups and organizations.”

Sustaining movements needs support from all corners and it isn’t just about showing up physically. Babysitting someone’s child so they can go out and march is just as important or using your social media to amplify the voices of activists can help further fuel the movement.

For more information on protesting, event planning and resources for people with disabilities, Black Disabled and Proud has comprehensive resources.

Four Ways to Talk to Your Parents About Racism
Black and Disabled: How Racial Discrimination Is Amplified by Ableism

#BlackLivesMatter: Resources for People With Disabilities