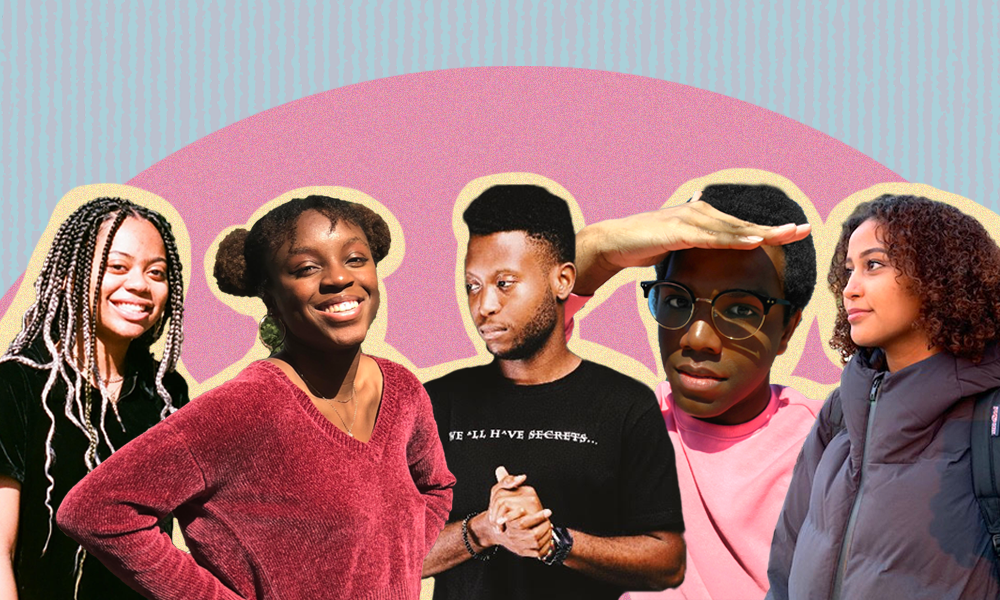 Amid the Black Lives Matter protests, several universities have once again stepped forward to give public statements expressing support for the movement and reiterating the anti-racism policies at their institutions. However, for thousands of students, discrimination in colleges and universities is still a reality despite the policies set in place at their schools. On National Higher Education Day, we asked black students how they felt about their school’s response to the protests after George Floyd’s death and whether it holds true to their lived experiences on campus.

Essentially they told us what they always tell us in the statement they released about the Black Lives Matter movement: Penn State is a place of diversity and inclusion and racism is not tolerated by them.

I have friends that have been subject to racism at Penn State and the university has not taken action.

I think it’s a lie given how they took no action when [they were] recently shown multiple students engaging in racist behavior and activities. Penn State has an entire policy dedicated to hate speech, discrimination, and acts of intolerance that can lead to expulsion but in these situations, they claimed there was nothing they could “legally” do.

I have friends that have been subject to racism at Penn State and the university has not taken action. The university is big on diversity and inclusion, but I would not say that we educate people on racism.

I would like Penn State to stand by their policy regarding discrimination, hate speech, and intolerance and expel those that violate it. What’s the point of having said policy and not enforcing it? What does that policy cover? Who is it for?

“It would also be nice to see them donate to help the families affected by police brutality or to the Black Lives Matter funds”. Photo courtesy: Ruth Tay

The statement issued by the University of Toronto (UofT) expressed solidarity with the black community and condemned racism. Unfortunately, the statement provided by President Meric Gertler did not include many points that stood out to me.

I would like to see them continue to show their support for the Black Lives Matter protests.

The statement was rudimentary and reiterated the discrimination policies that were already set out by UofT and the Human Rights Act. The one part of their statement that stood out to me was that the Human Resources and Equity, and the Anti-Racism and Cultural Diversity Office would be holding important tri-campus initiatives, which the members of the university can partake in.

Although putting out a statement is a good start, I would like to see them continue to show their support for the Black Lives Matter protests. The diversity and equity office and the Black Table Talk group should continue organizing events to discuss issues like black racism and how to stop it.

It would also be nice to see them donate to help the families affected by police brutality or to the Black Lives Matter funds. So far, only the student union has stepped up to donate $500 to the family of Regis Korchinski-Paquet, a 29-year-old black woman, whose death is being criticized as a result of police brutality and racism in Toronto.

In the very brief statement issued by UCLA, it was mentioned that they stand in solidarity with the Black Lives Matter movement but it’s hard to tell the intent behind it. The most important part of the statement was the links they provided to helpful resources for racial trauma that students can use.

The leadership also linked resources for the civil rights project, police misconduct, and the anti-racial policies in place, however, I have seen peers subjected to racial slurs from professors. This is despite the compulsory Equity, Diversity, and Inclusion program at UCLA, that encourages students to educate themselves in order to combat racist and anti-black narratives

I would like the university to put their money where their mouth is.

I am aware of the Los Angeles police (LAPD) detaining protesters of the Black Lives Matter movement in the Jackie Robinson Stadium at UCLA and I am confused as to how UCLA was unaware of it happening. I hope to see a continued conversation, instead of the tweet that UCLA put out saying they will not grant permission for requests such as this one in the future.

UCLA is a really big school and only 3-4% undergraduates are black. I would like the university to put their money where their mouth is. They say that they stand in solidarity with the Black Lives Matter movement, so I would like to see them donate to organizations that promote the well-being of individuals and students that are participating in these movements.

“I want UCLA to donate their funds to organizations that support the rights and freedoms of black Americans.” Photo courtesy: Erykah Iman Brown

Within the statement released by the UCLA leadership department, there was only one line that stood out to me most: “What stood out about the killing of George Floyd — more than its senselessness, more than its brutality – was its casualness.”

For the first time ever I was proud to be a Bruin. I never usually identify myself with institutions because most institutions are not created for people like me to succeed, but I am proud to know that I attend a school that recognizes and acknowledges how awful it is that black deaths have been normalized.

I want UCLA to donate their funds to organizations that support the rights and freedoms of black Americans, instead of just the superfluous athletic and aesthetic ones.

I know students can report instances of discrimination to the Discrimination Prevention Office at UCLA, but black students also face daily microaggressions. Like when the occasional white student pretending not to see me will bump into me on Bruin Walk. They are minor occurrences but they still bother me. Fortunately, I have had more experiences with people who are socially conscious and not had any major, traumatizing occurrences.

I am aware that the LAPD detained the Black Lives Matter protesters on the Jackie Robinson court which is at UCLA. I am not surprised, just disappointed, and disgusted. All I can say is this is why we fight. I want UCLA to donate their funds to organizations that support the rights and freedoms of black Americans, instead of just the superfluous athletic and aesthetic ones.

“Once that’s [COVID-19] done, I’d like to hear a statement from them saying they stand with us on this matter.” Photo courtesy: David Prah-Annan

Unfortunately, my school hasn’t issued any Black Lives Matter statement. We aren’t taught much about any anti-racism measures, and our school’s student support services haven’t taken any steps to talk to us about it either. But I feel like it’s because our school is a film school.

Once that’s done, I’d like to hear a statement from them saying they stand with us on this matter.

We have a large international cohort and the department accepts students from every corner of the world. For the year that I’ve been there, I haven’t seen or experienced any racism. We’re always so focused on our classes and upcoming projects that we international students always end up working together. Even if some issues arise, racism is never the instigator.

The film history class educates us on the history of the movie-making industry, but our syllabus never covers anything related to black history material. I can’t speak for everyone and say if my school is up-to-date on racial injustice, but what I can say is that the international students (and the local French students) have a basic understanding of one another.

With the COVID-19 pandemic and businesses failing around the world, our school is currently going through a bit of a crisis. I feel like their immediate concern is to solve our internal problems first. Once that’s done, I’d like to hear a statement from them saying they stand with us on this matter. Only from then can we come up with an anti-racism initiative.

Four Ways to Talk to Your Parents About Racism
As the Academic Year Ends, Teachers Reflect on What They Learned