A Double Edged Sword: How the Pandemic Is Affecting Freelancers 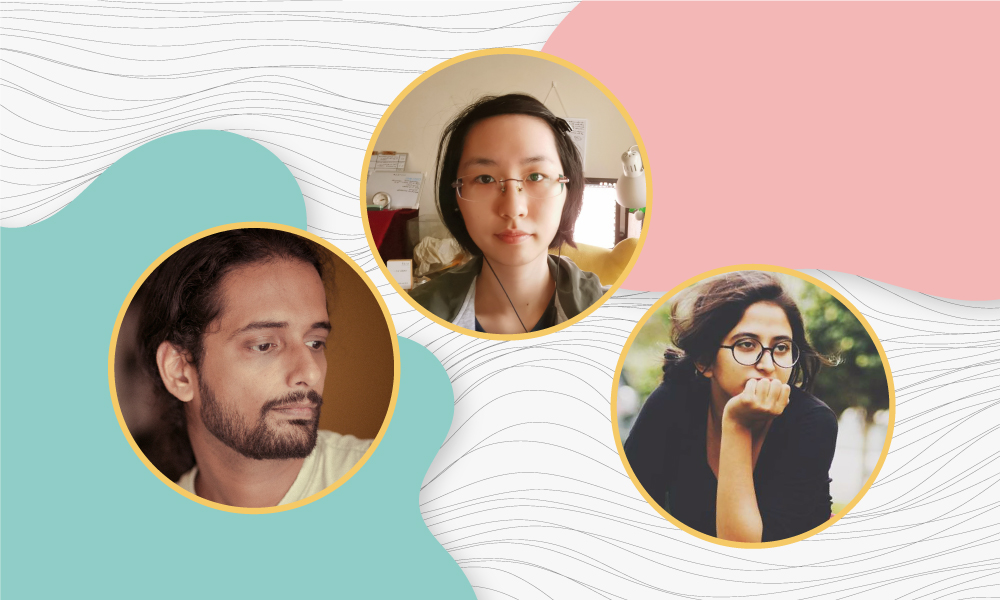 Industries like gaming have seen an uptick in demand during the pandemic while others like photography have taken a hit. Photos courtesy: Vinay Aravind, Garima Pura and Cheryl Young

Philippa Willitts’ decision to choose freelance life stemmed from wanting to structure her own days and work hours. “As somebody who is disabled, I wasn’t sure I was suited to a nine to five outside,” remarked the 43-year-old from Sheffield, U.K. She has been a freelance writer, editor and proofreader for over eight years.

Having control over her work and being able to dictate the terms of engagement is important for Willitts and she strongly feels that working for herself instead of someone else has been important for her mental health. But, the pandemic has become a cause for concern as the writer primarily works with small and medium enterprises which have now taken a hit.

Living through the current conditions has also negatively affected Willitts’ productivity, however, she was able to cope as her workload has also decreased. The feminism and disability advocate also writes for media outlets but the global economic blow due to the coronavirus has meant massive cuts for the industry and a dip in commissioning budgets for editors. Freelancing has peaks and troughs and as a veteran in the field, Willitts has saved money for when work is slow. But, the predictions of a recession has her worried about the future when the money runs out and it is pushing her now towards spending more frugally.

Photographer Vinay Aravind is optimistic about things getting better as the country eases lockdown restrictions.

“I’ve wondered if I should consider going back to [practicing] law,” remarked Vinay Aravind, a Chennai-based photographer. After tiring of his job as a corporate lawyer, Aravind tried writing and research before settling on photography nine years ago. Specializing in weddings, he worked on his last shoot in early March before India went into lockdown. With the country’s love for big budget weddings, he noted that the field is fairly well paid, but having been out of work for nearly three months now “the financial stress is growing, as the days go by.” Most of the weddings that he was commissioned for during this period have been postponed.

Some states are now allowing weddings with up to 50 people, but Aravind added that unofficially many of these these have drawn crowds of up to 200, so there is the ever-present fear of getting infected. “In my head, I feel like I’m going to catch it,” he said but reiterated that he can’t say no to the incoming inquiries for work as finances become tight. The state of Tamil Nadu, where Aravind lives, announced another ‘full lockdown’ on June 15, so the situation is precarious. With uncertainty all around, he commented that he has briefly debated a return to his previous career in law but added that “law firms are also doing pretty badly with many facing pay cuts so they may not be looking to hire.”

With production houses unable to shoot due to the lockdown, screenwriters like Pura have had more luck finding work as the commissioning of scripts has increased.

While media production has taken a hit due to social distancing norms, Garima Pura remarked that she has seen screenwriters getting more gigs than usual as production houses are using this time to get more projects into the pre-production phase. “In fact, for the first time I didn’t have to hunt for a gig and it came to me,” said the 24-year-old screenwriter and director from Chandigarh.

Her experience is an outlier in the industry which is touted to face heavy losses due to the shutdown, with gig workers like technicians and operators struggling with little to no income.

A seasoned remote worker, the lockdown has not affected Cheryl Young’s routine significantly.

It is industries like entertainment, tourism and retail that have faced the brunt of the economic deceleration, while others including the gaming industry and tech have seen significant growth.

Based in Hong Kong, freelance illustrator and game concept artist Cheryl Young told Re:Set that the pandemic has not majorly affected the influx of work, but added that a large majority of their bigger gigs have been from games-related work.

It has been six years since Young turned freelance  and they have no regrets. Freedom to decide their own schedule, a variety of projects and a good balance between personal and professional life makes it a lucrative choice. The 24-year-old noted, “It has improved my mental health a lot especially since I’m no longer tied to the regular scheduling of going to school or office.”

Having worked remotely for years, Young does not feel any real change in their professional life due to the coronavirus crisis. The only difference, perhaps, is that they spend more time playing Animal Crossing, a game that has gained popularity during this period. They added that this year, there has been a big spike in games-related work, “I used to do Minecraft server art and the demand was very much there.” With the gaming industry booming as people try to stay occupied indoors, Young reckons they could stand to benefit as an artist, but for now, “it’s business as usual.”

Is COVID-19 Causing a Suicide Epidemic?
Do I Have COVID-19 or Is It Just Anxiety?