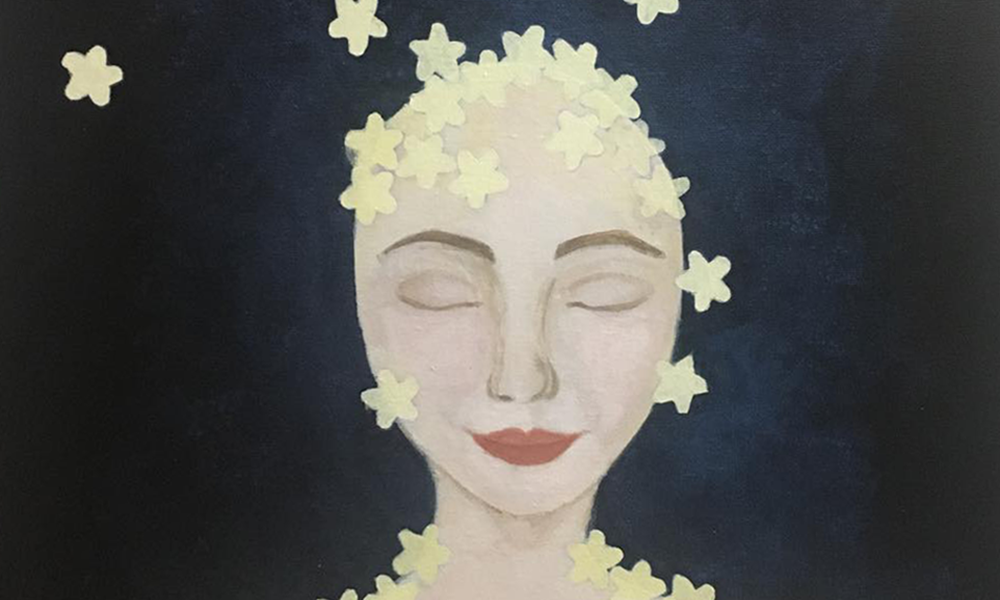 The first time the bullies started calling her names, Shamma Alkhaja didn’t know how to react. She was 10-years-old and a shy Emirati student at a school in Abu Dhabi, trying to fit in with the rest of the kids in her class.

“The girls who bullied me would follow me everywhere,” the 27-year-old told Re:Set. They wouldn’t let her feel comfortable in school, constantly pointing out things that were different about her and questioning her name, her background — labels which made her who she was. “I was always alone,” she recalled narrating how her bullies intimidated her only friend back then, warning her to not interact with Alkhaja under any circumstances. They also stole things that belonged to other classmates, pinning the blame on Alkhaja, who was innocent. The incessant bullying scarred her for a long time, negatively affecting her state of mind as she struggled to make sense of her thoughts and feelings. “I didn’t want to interact with anyone. When I moved out [of the school] I had great difficulty in trusting other girls,” Alkhaja said.

A 2015 study published in the JAMA Psychiatry Journal linked being bullied at a young age to depression in adolescents, stating that bullying could eventually contribute to serious mental health problems including depression. The study found that the harmful effects of being bullied persisted for a long time and some victims were still prone to them 40 years after the incident. “Bullying is a form of abuse that can batter a child’s self esteem and create a chronic stress response that makes the child over vigilant as an adult,” Dr. Judith Orloff, MD and author of “Emotional Freedom: Liberate Yourself from Negative Emotions and Transform Your Life” told Re:Set. “He is or she is always checking for danger, which keeps a chronic stress response going. This can lead to depression — either early depression or later as an adult — and decreased serotonin, the body’s natural antidepressant.”

For Alkhaja, depression has been a constant companion that’s stubbornly stood by her side, intimidating her when she was an insecure teenager trying to navigate the uncertainty of fitting in and being more like her peers. Depression made socializing an exhausting prospect and she preferred staying in her room on most days, she said.

“I didn’t take care of myself,” Alkhaja said, adding that she started eating painfully small meals to become thinner and neglected herself because of how low she felt. She wouldn’t brush her hair on some days and would remain at home even as she saw her two sisters put on makeup and go out together. Her parents tried to find out more about how she was doing, asking her whether everything was OK and encouraging her to spend time with her brothers and sisters. “I’m not the person who talks a lot,” she said, explaining that it was too difficult for her to share her dark thoughts and her constant state of turmoil with her family. Conflicts with her siblings made things worse as they wouldn’t take her seriously, causing her to isolate herself further.

In her early twenties, Alkhaja felt like something was remarkably wrong with her. She turned to her friends and siblings for advice, asking them to tell her how she could improve and do better in her personal life. They told her to be more social, to express herself more, complaining that she never shared anything and was too quiet. She tried to incorporate their suggestions but the situation felt frustrating and she didn’t know what to do next or how to make herself feel better; trudging along without being able to pinpoint the exact problem. “I didn’t know for 13 years that I had depression,” Alkhaja told Re:Set.

According to WHO, mental disorders are one of the primary causes of health problems and disability across the world. It is estimated that nearly 450 million people are battling some kind of mental health issue and around two-thirds of this group never go to a qualified professional for a formal diagnosis and medical advice. Shame and stigma are stubbornly attached to mental illness which prevents people from asking for help. There’s also widespread ignorance of mental disorders which leads to neglect and a failure to recognize the problem.

The first time Alkhaja opened up about her mental health was at an unexpected location: an eating disorder workshop in 2016. Her alma mater, Zayed University, held workshops on for its students which gave them a chance to talk to professional counselors about topics like bulimia, anorexia and more.

Alkhaja, who was an undergraduate student pursuing graphic design, decided to attend a session and approached the staff. “I feel like I have depression. Can you help me?” she asked.

That was the turning point for her mental health journey. “It was my first time ever talking about my feelings. I was crying in front of the counselor,” she said.

Alkhaja had an honest and emotional conversation with her mom about what she was going through after she came home from the workshop. “At first, she was in denial,” Alkhaja said. It was difficult for her mom to accept that despite their best efforts in giving their kids every comfort possible, one of them was clinically depressed. Slowly her mother shared stories of her own struggles, telling her daughter that she’s also dealt with emotional issues and has often turned to prayers to feel better.

Since she opened up about her mental health struggle, her family has started being more supportive, checking in with her when they suspect something is amiss. “They accept the idea that sometimes, I won’t be happy,” Alkhaja said. “They also push me everyday to love myself more and to improve myself,” she added, emphasizing that they showed how proud they are of her progress.

The workshop was symbolic for Alkhaja; it helped her find the right resources and attend therapy sessions as she learned how to deal with her symptoms and get on the path to recovery.

Her dad has been a constant source of support, encouraging her to attend more workshops on depression and educate herself on the topic. According to him, she’s young and passionate about taking control of her life. “Don’t let depression hold you in. Move. You have to move,” he reminds her, supporting her in all her endeavours.

In 2016, while trying to put together a senior project in university which required them to design a campaign from scratch, Alkhaja discovered an outlet which allowed her to express herself better. Her professor gave her several options such as creating innovative branding ideas for restaurants or diving into fashion, encouraging her to explore her creativity. She instead focused on speaking up about mental health, creating thought-provoking booklets on mental health and sharing snippets from her journey through hard-hitting illustrations. “At first, I didn’t know what my style was. I wanted people to understand what depression is,” Alkhaja explained. She’s had to confront her emotional turmoil from over the years, let go of her insecurities and stop questioning her skills while creating her art. “I had courage to express myself through the booklet.”

I’m looking forward for something to happen.. something that can take my creativity to the next level. #art #watercolor #watercolorpainting #arttherapy #feeling #myportrait #experiment #hope #future #desire

Her two booklets, which she published with her parents’ support, are called “How I Won My Battle” and “How You Can Win Your Battle” respectively. While the former highlights her own personal journey through sketches, the latter is an informative booklet for anyone who’s in search of mental health resources in the UAE and includes self-help tips that have worked for Alkhaja such as practicing yoga, listening to music, maintaining a healthy diet and spending more time with friends. In “How I Won My Battle,” one of the strongest sketches is a lonesome figure seated in a fetal position, eyes tightly shut. “I sank into my dark world. The pain in my chest took over my heart, my mind and my personality,” Alkhaja wrote, reflecting on her personal experiences from her mental health journey. For her, a strong support system at home remains vital and she thinks family members must remain vigilant and pay attention to a child’s emotional needs. “My message for parents is to know their children and be close to them. Hear them out and let them speak to you. Communication can make a difference,” she told Re:Set.

“There’s no shame in asking for help.”

Art allows her emotions to flow freely and depicts her moods over a period of time. One of her creations is a watercolor painting of a woman with dark, expressive eyes that plays most prominently with shades of yellow and purple. She went back to the painting several times over a month; the final sketch exploring several moods and concluding with hopeful shades of yellow. “I’m trying to achieve something,” she told Re:Set. Alkhaja has her work cut out for her: spreading more awareness about depression and initiating conversations though her art.

As of today, she is cutting herself some slack, learning new things about herself, leaning on her support system on difficult days, treating herself to coffee and concentrating on self-care when she feels low. “People are afraid to go to centres. I want people to talk. Don’t hide because it’s painful,” Alkhaja explained. “There’s no shame in asking for help. If you have the flu, you’ll go to a doctor. Why not for depression?”

You can see Shamma’s work and get more information on her booklets on Instagram.

When Your Reflection Causes Suffering: The Many Struggles of Body Dysmorphic Disorder
Why the Stigma of Therapy Is Multi-Layered for People of Colour