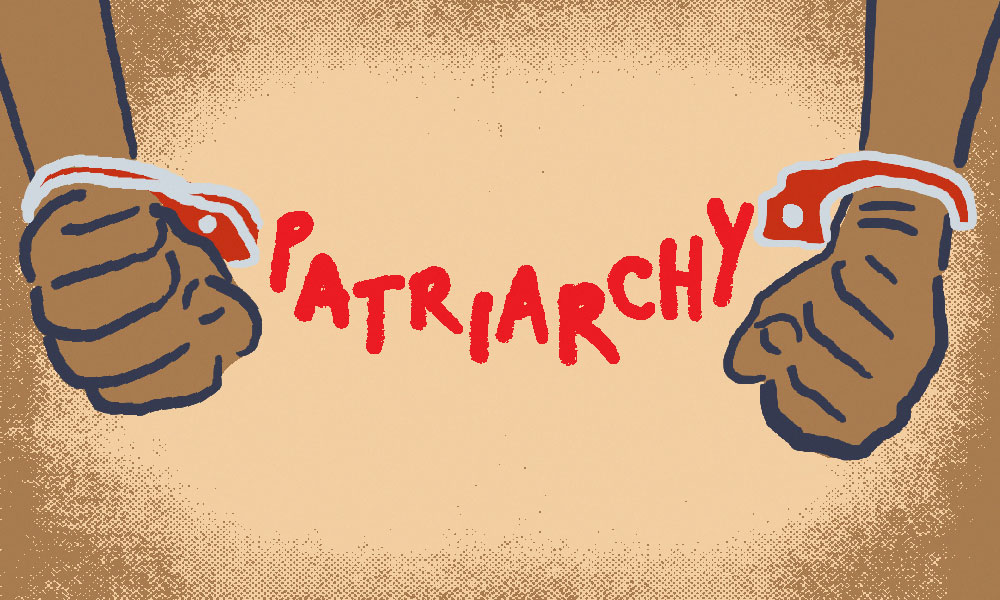 Telling women to cover up or tone themselves down shifts the onus away from the men who fail to respect boundaries. Illustrations by (c) Reset Fest Inc, Canada

Earlier this week, thousands of social media users in India were up in arms after screenshots of an Instagram group chat called ‘Boys Locker Room’ were circulated. Filled with photos of women, some even underage, lewd comments, and objectifying content, the images raised alarm about the members of the group, most of whom were schoolboys from south Delhi. The widely circulated screenshots shocked viewers because of the slut shaming, body shaming, and highly sexualized nature of the chat.

As news spread, many young women took to social media to express how unsafe this incident has made them feel and some said their parents had asked them to close their social media accounts after this. There has been a section of the population that downplayed the matter as regular banter between boys, and instead tried to pin the blame on the girls involved for sharing their nudes with boys and for uploading their images on their private accounts.

Even within the home, women are policed over what they can wear, how they must behave, to the point of being told how they must sit.

Instead of correcting men and their problematic behaviour, once again the onus has fallen on young women to police themselves, tone down what they wear, watch what they post on social media and this is just the tip of the iceberg.

To help paint a clearer picture of how patriarchy and societal standards impinge on women’s rights and freedom instead of holding men accountable, we asked women to tell us what they’ve been told or not allowed to do.

Also read: The Re:Set Guide to Teaching Children About Consent and Boundaries

Feminism and Activism on Instagram
Can Your Outfit Influence the Way You Feel?